Inactivation of micro-organisms and spores with cold atmospheric plasma

Plasma technology has been a powerful tool in various industrial applications, for example for surface treatment, thin layer deposition, electric discharge machining and sterilization in medicine and hospitals. The main advantage of plasma is the capacity of creating reactive species. In this project an atmospheric plasma at low temperatures is used as inactivation tool for micro-organisms and spores.

The atmospheric dielectric barrier discharge (DBD) plasma device operates with air as working gas, schematically shown in figure 1. The plasma discharge is generated between two water-cooled aluminium plates of 90 x 90 mm2. The gap between these electrodes is fixed at 3 mm using two different dielectrics which leads to stable and uniform operation above the glass slide carrying the microorganisms.

Electric power is provided by a function generator and a low frequency power amplifier (20Hz – 20kHz). A high voltage transformer (bandwidth 2 – 20kHz) provides voltages up to more than 10 kV required for plasma ignition at atmospheric pressure. The plasma is generated at the resonance frequency of the secondary circuit at about 10kHz to ensure the best voltage gain of the transformer. The power range and treatment times were typically 20 – 40W and 2 – 240 seconds, respectively. Glass slides carrying the microorganisms without plasma treatment were used as control samples and were noted as 0s samples. All experiments were conducted at room temperature.

Efficiency of the plasma inactivation of Bacillus Coagulans increases with increasing plasma power, see figure 2. Other types of spores and fungi were also inactivated using the same technique. A new reactor design is currently developed in order to treat inoculated powders, as milk powder or starch.

Figure 1: In order to ignite a plasma in the flat plate, condensator like configuration of the atmospheric Dielectric Plasma Discharge reactor a high voltage transformer must convert the output voltage of the power amplifier to several kilovolts. On the photo the violett plasma emission of the DBD during treatment of bacteria is visible. 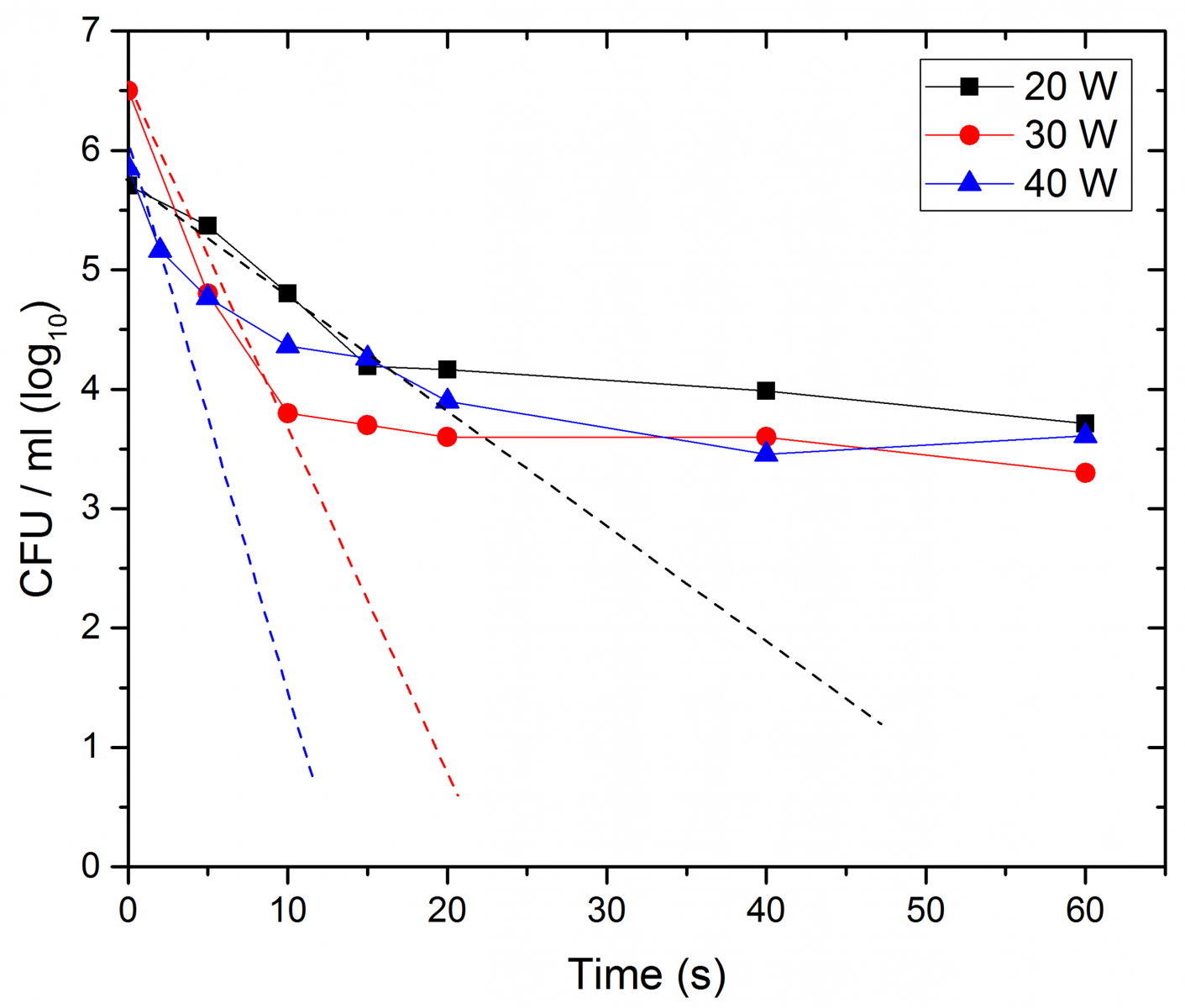 Figure 2: With increasing plasma power the inactivation of the spores Bacillus Coagulans becomes more efficient, which is measured with the logarithm of the counted number of spores on the sample.