Menu
Back to the previous page

The job, working in a tourist information office, has been revolutionised by the rapid expansion of new technology in information and communication (NTIC). This service design, carried out for Crans-Montana Tourism & Congress, aimed to understand a job, look at its evolution, give it new momentum.

Our researchs (step 1 - ethnographic research), had convinced us that the added value of service is not information but advice, hence the employees change of role.

In order to highlight the characteristics of an advisory service, the employees’ new role, three situations characteristic of employees’ daily work were scenarised (step 2 - script), notably: finding out about the resort, complaints and ski pass sales.

Three experiments of role play (step 3 - staging) were conducted. The first two role-plays took place in two tourism offices (Crans and Montana) of the resort town of Crans-Montana, Switzerland. They enabled us to illustrate the weakness of the current office design, which is based around a traditional counter setup. In the third experiment, we tested the new decor.

Based on this study, Crans-Montana Tourisme & Congrès decided to renovate its tourist and information offices. An architecture competition was launched in June 2011. For this last stage (step 4 - production), we proposed a new decor. 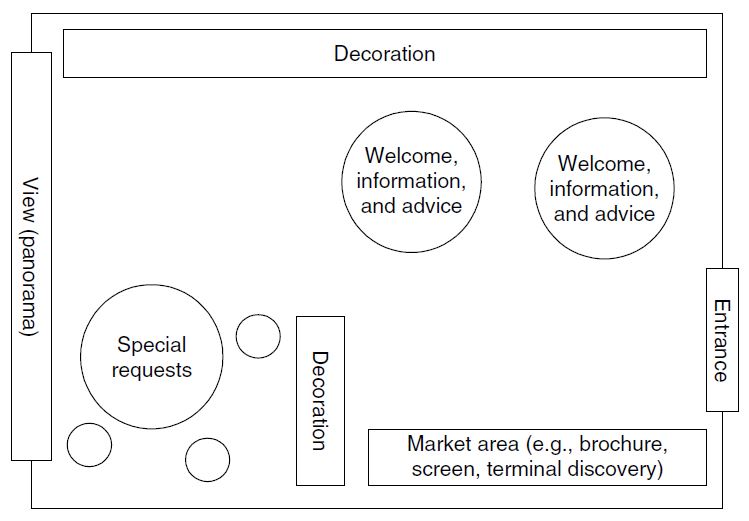